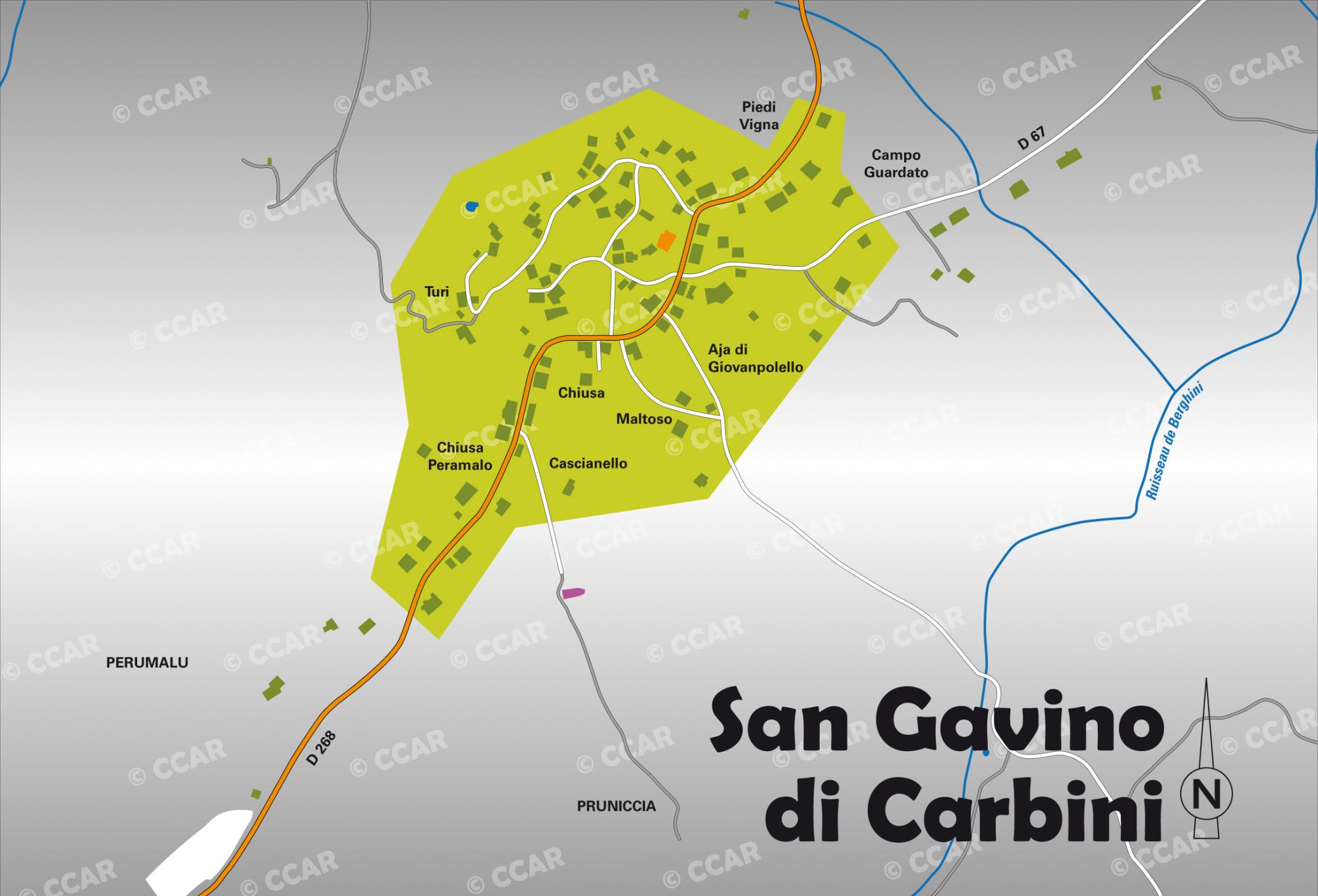 Remains of the past 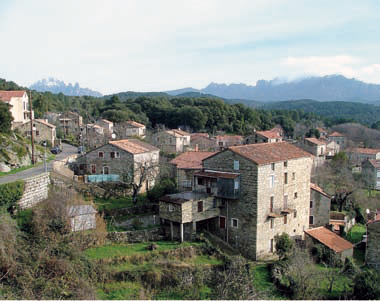 San Gavino di Carbini is a vast municipality which extends from the plains to the mountains where we will find San Gavinu and its hamlets: Gualdariccio, Giglio, Sapar Maio in a landscape forested with  holm oaks  chestnuts trees, and in the coastal plain, Gialla, Arragio and Ribba bound by several centuries of transhumance. All over the vast woody hill, San Gavinu contains old granite houses from the XVII th century.


Many curiosities compose the territory of San Gavino: the menhir  and the rock shelter in Paccionitoli, the waterfall of the dam in the Ospédale forest… On the Pianu Di I remains of alignements of menhirs are still visible. The prehistoric site of the Casteddu Saliseu was used by the lords Biancolacci to fortify around the year 1000 up to the XIV th century.

The Roman parish Church has particularities and some of them are still enigmatic. The Casteddu d’Araghju look like a fortified surrounded wall of 40m in diameter (ie a diameter of 430.56ft²).