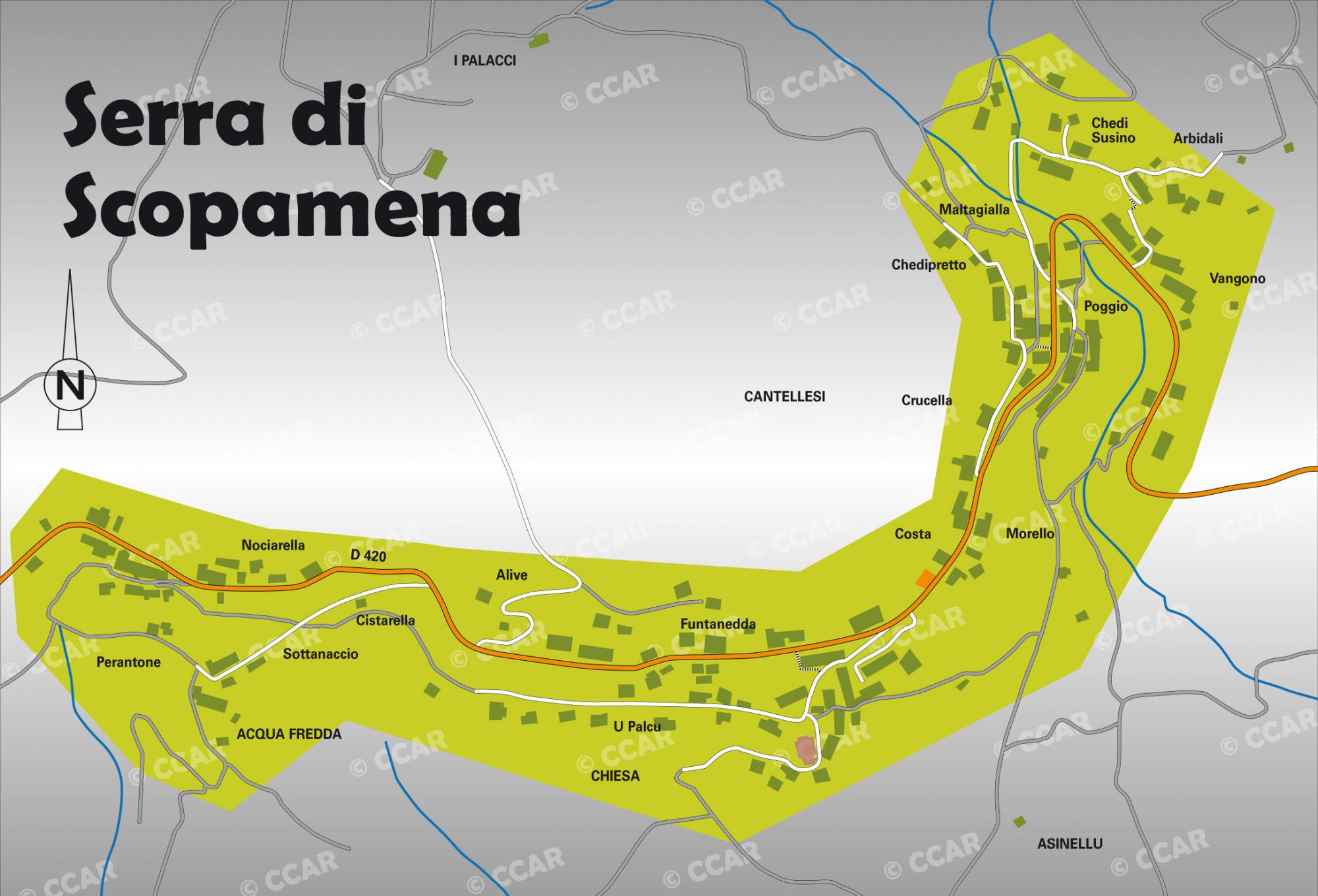 The territory extends his length and proposes a very large diversity of reliefs and landscapes. 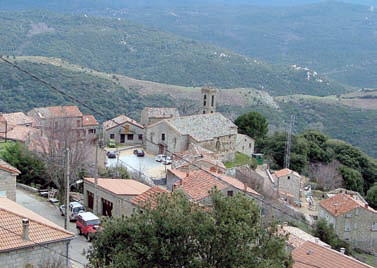 In the South, it goes beyond the Rizzanese River which water the village, in the North at some 15 km - 9.3206mi, it contains the high and narrow valley of the Codi. The intersection of the two streams constitutes the dam.

The village of Serra has three hamlets, Acqua Fritta, Vangonu and Chiesa.  They are all composed of granite houses of a haughty architecture.


The mill located at the entrance of the village bears witness to the chesnuts-producing past of the region. The neighbourhood of Chiesa, which constituted the village up to the XIIIth century contains the San Niculao church and offers a vast panorama on the valley of the Rizzanese River. The church has a crenellated square bell tower and a frontage honouring Saint François d’Assise with scenes of his life in wrought iron. It also has a marble stoup chalice shaped from 1677, a statue of Saint Antoine made of white marble and 6 stained-glass windows representing the Virgin and Child , St Pierre, St Joseph and St Jacques. Facing the village, there is the Punta Punta di Cuciurpula (1164m- 3818.9ft) known for its casteddu from the 13-16th century which made its reputation.  This granite summit with 3 peaks is very characteristic of this landscape with its tafoni, rock shelters and charcoal burner's clearing. They testify the place was occupied by prehistoric men and more recently by growers and resistance figthers.