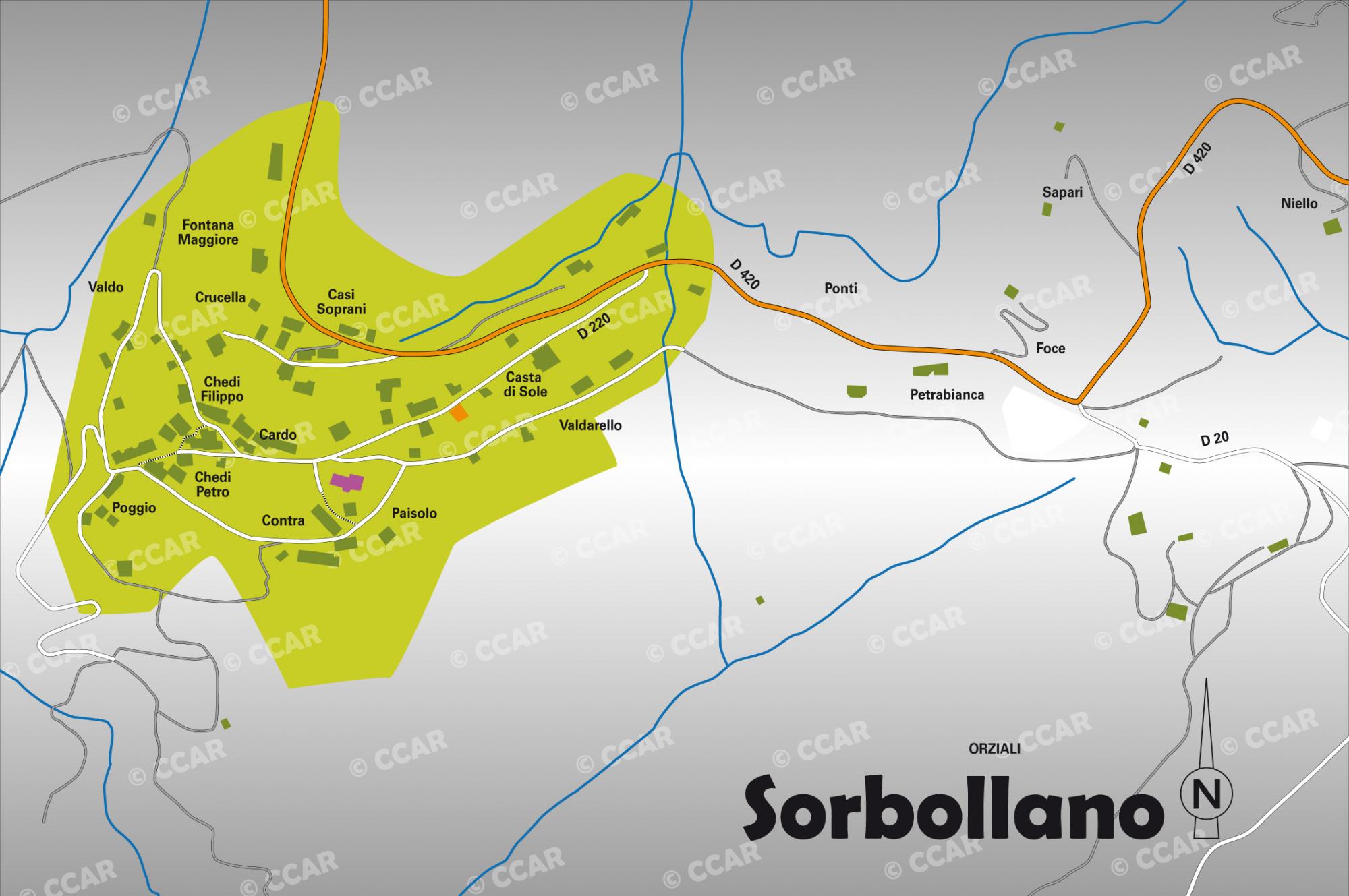 Sorbollano has left in history the image of an industrious population made up of shepherds and craft-people. 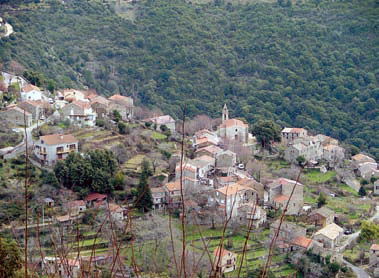 The village is built on the hillside is facing South. It is composed of 9 neighbourhoods: Casi Subrani, Costa Di Soli, Valdarello, Matelot, Poghju, Chedi Anghjulellu, Chedi Filippi, Chedi Bartolo and Chedi Petru. They all were the patronymic names of the first inhabitants.  The oldest houses of the village are concentrated in the medieval neighbourhood of Contra Paisolu, in the South and below the church.

The Parish Church Sant’Andrea has a high bell tower and replaces a smaller old Roman monument. The tradition tells that it would have been built outside the village. One night, oxen would have brought stones to the centre of the village, its present place.

Marvellous terraces are covered with gardens and vegetables plots. This verdant municipality, composed of hill cut by many small valleys, is dominated in the Norht by several uneven sites. It contains a sinuous road too which rises like a cornice above the Rizzanese River and the Codi. Many paths well indicated permit you to go all over the landscapes of this beautiful village.