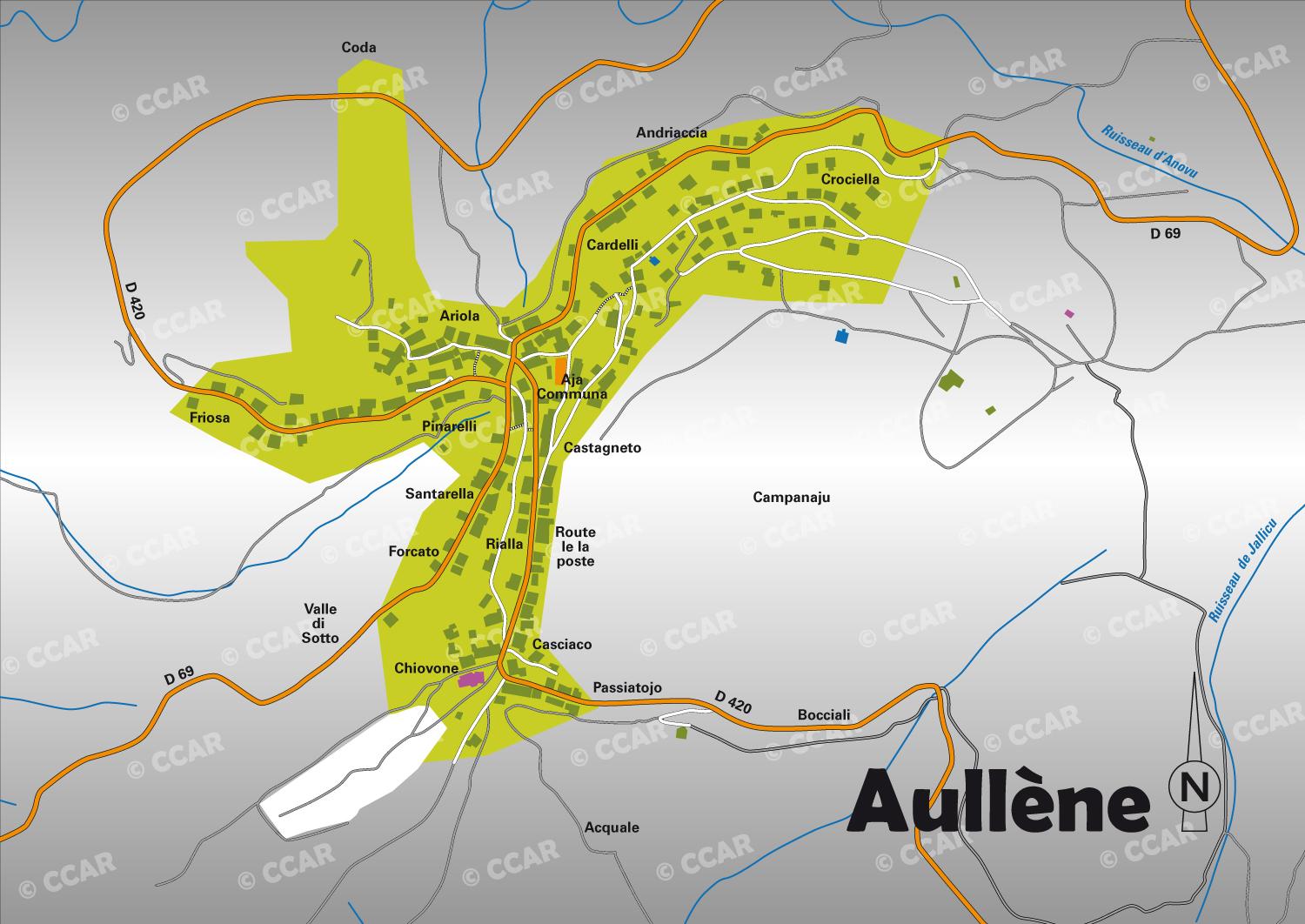 Aullène is a village in the mountains with a pastoral tradition. Its territory is located on a high part of a valley, parallel and meridional to the one of the Taravu all over and around which river coils up. At 850 metres high (2788.7ft high), Aullène is situated around two poghji (headlands) dominated by the Punta d’Ariola, a summit of 1449 metres high (4753.9ft high). The crest lines, which main summit Punta di Sistaja culminates at 1724 metres (5656.2ft)  constitute the natural limits of the village in the East, in the North and in the West while the Col of the Tana closes the territory in the South and in the SouthWest.

The Chiuvone, which originates on the plateau of the Cuscionu, marks the frontier Noth – North East  of the municipality and runs along the village before running to the South South- West in the direction of the Valinco. The village of Aullène, located in the heart the Alta Rocca area, is very marked by a old pastoral tradition with the villages of Monaccia d’Aullène and Ghjanuciu in the foothills of the Cagna mountain. It isn’t unusual to find the same families in the three villages. In the Parish Church Santu Nicolau, the pulpit from the XVIII th century in carved woodwork is on the list of the French historic monuments. In the rural chapel of Santu Antiochu we can assist, every first Sunday of August, to the representation of the Saint in procession from the church celebrating the “Transfiguration”. It contributes to the party of the village which was in the days of old one of the most important cattle fair of Corsica. In the North-East of the centre of the village, in the place called “Castellare” is a little summit where was erected a stronghold, probably in the XIth century. We access to the castle by the vestiges of an old stone stairs, a real place of interest!
Just below the place called “Castellare”, on the dome with chestnut trees around which a part of the village, “Campanaju” wraps, would have been built in the XIIIth century the stronghold of Simucello Della Rocca, who had succeeded to unify the island almost entirely.