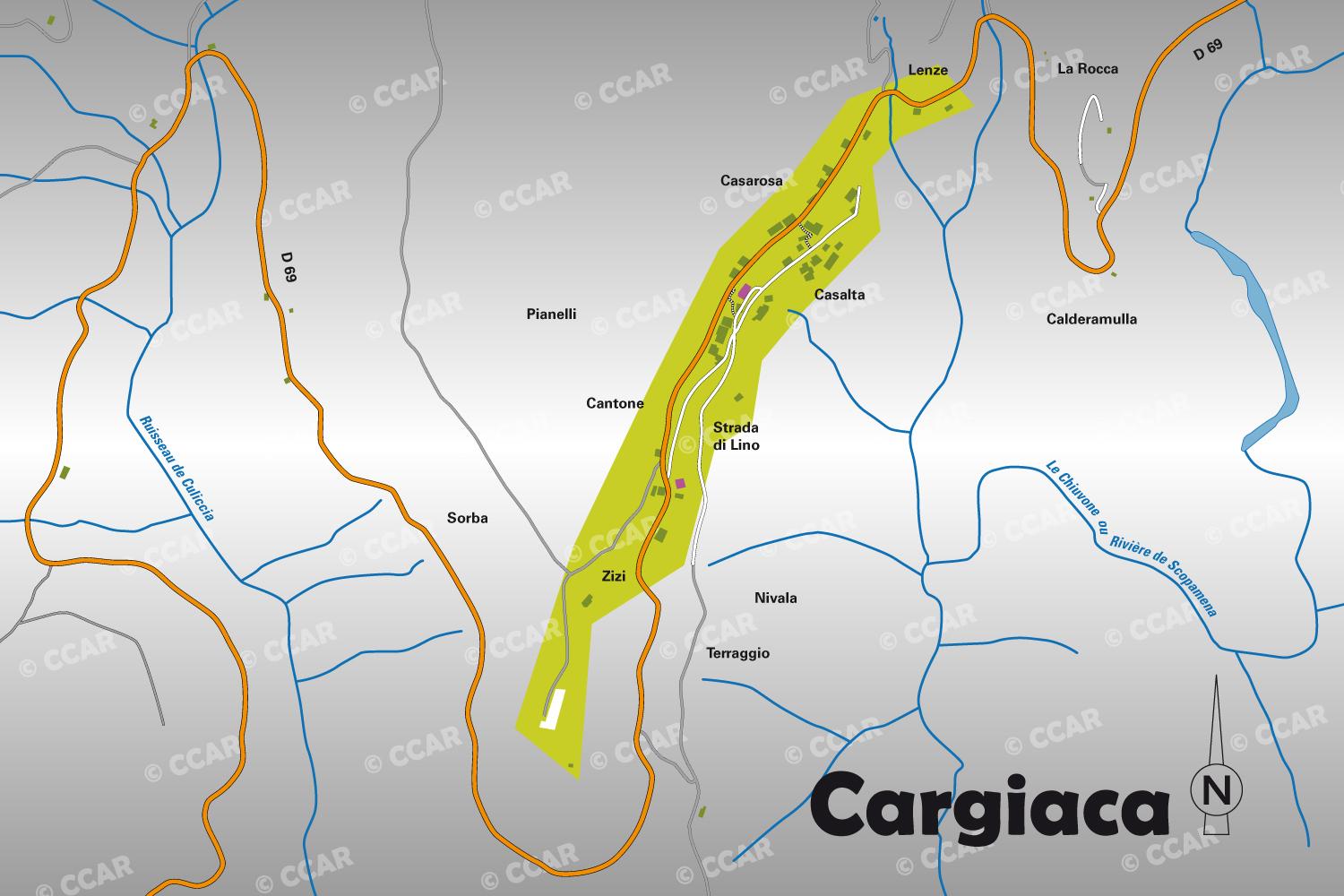 Located in the extreme North-West of the Tallanais, the village is built on the side of the steep-sided valley where the Rizzanese River narrows and forms gorges, giving to the relief uneven forms. 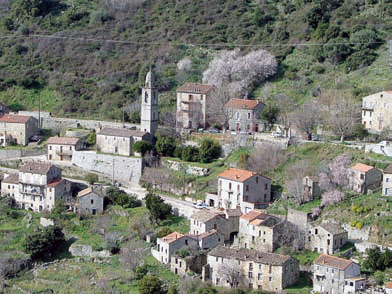 The territory, at the limit of the old pieve of Tallano and Scopamena, presents signs of a definite prosperity due to Olive trees exploitations and gardens landscaped on rich alluvial soils.

The law houses of pastoral origins alternate with “Casone” with frontages adorned with cornices, corbels, lintels and balconies. In the law part of the village, the foundations of several houses seem to be from the XV th century.

In the East part of the village there is a rock where, according to the tradition, was erected a castle called Castellu Della Rocca.

The magnificent Parish Church, restored in the XVIIth century, is dedicated to the Apostle San Paolo. It has an elegant and high lateral bell tower with turret made of granite stones placed tidily. The churchyard, located on the summit of a long crest, offers a large panorama. In the North of this one, the hamlet of Zizzi is called this way because of the general Zizzoli who, during a battle, would have hidden a treasure.