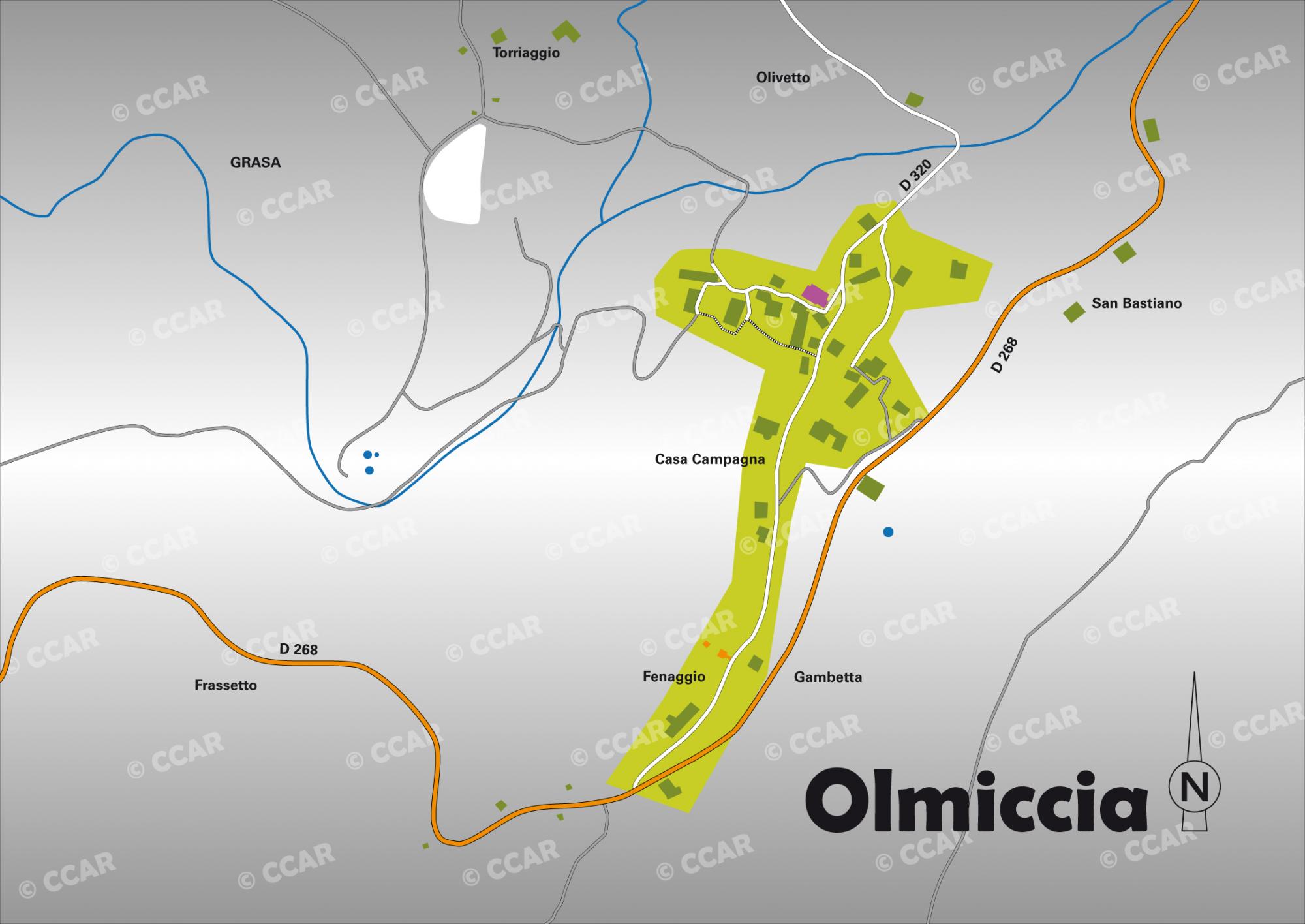 In the country of mills 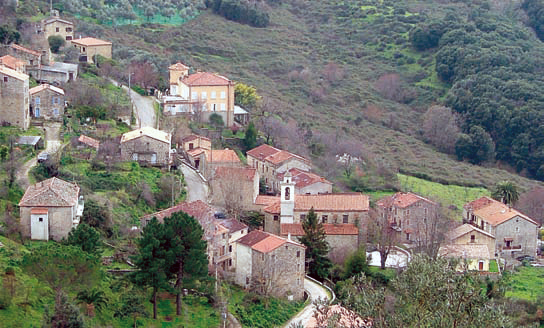 This municipality is the south western 0part of the pieve of Tallano. It lies on the left side of the valley of the Rizzanese River. It is a long and narrow territory constituting of a plain where 35 hectares of vineyard (86.487ac) have been cultivated for nearly 2 centuries.

800m (2624.7ft) in the South West of Olmiccia, near the summit of one of its hills used to be Frassetu, ruined in the XVI th century. The shepherds’huts which have replaced it enjoy a magnificent panorama.

The church of San’Ippolito e San Cassianu, a Roman sanctuary erected in the XIVth century was restored in 1896. Earlier, the municipality owned 4 mills, one of them, the “Risé”, closed around 1950, was using the Rizzanese River.