Magic of a landscape 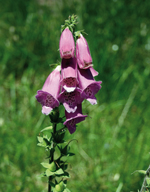 The diversity of the sites, between sea and mountain, welcomes a  wild flora and fauna constituted of a high proportion of endemic species ( which doesn’t exist in other parts). Most of these species are protected.
So, to respect this fragile natural space, we recommend you to stay on the hiking path to avoid the stamping of the natural habitat, alimentary base for the species which live or to modify the soil easing the gullying.
This is strictly forbidden to make fire. Try to do not smoke. This is for your security and for the one of the species which live there! Be careful on the windy days. In case of smoke, hurry up to find a securised zone.
Do not litter any refuse, even if they are biodegradable, it would modify the alimentation of the species.


If you want to get colder, try to do not move the fond of rivers or return stone, many speices grows there.

A FAUNA TO RESPECT

Emblematic animal of the Corsican Mountains, this ungulate of the ovis genre weights up 30(66lb 2.2189oz) to 60 kg (132lb 4.4379oz) and lives in Corsica since the Neolithic period. Now, we only count a thousand animals which is due to the natural sites of Bavella and Cintu. This is forbidden to hunt it since 1955, it takes shelter in the steep clear mountains and in the forests when the mountains are too snow-covered. Essentialy herbivorous, you may have the chance to see one with a good pair of binoculars faced with the wind.

The Corsican stag is short and its antler is simplified. Herbivorous, this species eats arbutus berry, acorns and chestnuts. After a gestation time of 223 day, les females (does) give birth to only one fawn between May and June. It was reintroduced in Corsica since 1985 from the Sardinian strain.

“The one who lives in the high parts…” is one of the most rare bird of prey of Europe and one of the bigger vulture of the European fauna with 2.80m (9ft 215⁄64in) of wingspan for 6 kg (13lb 3.6438oz)! A few individuals are recensed in the Massif of Bavella. It establishes it nest in the tafonu (hole in the rock). The Bearded Vulture is a carrion feeder, its food is composed essentially of bones and carcasses and dead ungulate. Its food is dependent of the migration of the flocks, pastoral practise and in mountains of the populating of bighorns.

This is a diurnal bird of prey of a wingspan up 2m (6ft 647⁄64in) to 2.5m (8ft 227⁄64in). It eats animal of small or middle size (up reptiles to foxes). You will recognise it with its absolutely majestic way of flying. The nests of Golden Eagle in Corsica are all located on the rock faces even though in other areas the nests are in the trees. 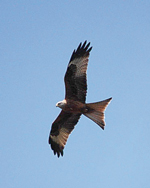 Of a brown red colour with fine and bent wings, the red kite has a cloven tail and a wingspan around 1.50m (4ft 111⁄16in).  It establishes its nest in the high trees. It eats little prey and carrions he finds in very clear spaces soaring at the mercy of wind. It has good eyes and you will meet its eyes surely while he is researching a prey.

Its figure is typical, flight with disjointed and fast flapping, grey colour, lying in wait of slightest movements. Merciless hunter, it is faithful in love and as quick as the wind. It reproduces in ledges on the hillside of the mountains. 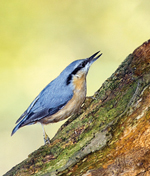 This is a little passerine (12.5cm - 459⁄64in) with a compact body, short tail, little feets and a long fine and skinny beak.It is grey on the back and white on the stomach. The nuthatch lives almost exclusively in the cold forests of laricio pines which seeds constitute the most part of their meal during the winter, while at summertime it eats insects.

It has a very long square head. Its colour is uniform and sometimes  with green or brown markings with a clearer line on the back. It has the particularity to breath with its skin and mouth (It has any lung). This is an endemic amphibian around 5 to 7 cm (131⁄32in to 23⁄4in). It walks under water at the bottom in spite of its flat tail which permits him to swim. It live the night, during the day it is hidden behind stone or pieces of wood. It eats insects or amphibian larvas.

The total length fluctuates between 20 (77⁄8in) and 28 cm (111⁄32in) with a body up 3.7cm (129⁄64in) to 8cm (35⁄32in). The males have a green marked and large ornamentation on the back. The females are brown on the back with several clear marks. The young’s look like the adults but their tail uses to be vivid blue-green. We find it in the rocky area, cliffs, masses of fallen rocks, dry stone walls and on the banks of torrents. It eats invertebrates and sometimes ripe fruits.

From the Corsican torrents for 15 000 years, the Salmo Truita Mascrotigma” is qualified “specie with communal interest” by the European Union. It is small but has a strong pigmentation.  It has a big black point on the operculum and red marks on the flanks.
It changes its appearance depending on the environment in which it lives in.

The Laricio pine is the archetypal noble essence of the big mountainous forests in Corsica. Proudly erected their crown caresses the sky, the Laricio pines are characterized by the rectitude of their trunk.  Most of the time secular (sometimes more than 400years) they can achieve 50m high (164ft 01⁄2in) and 2m (6ft 647⁄64in) of diameter for the oldest one. The quality of this wood is legendary: The Romans exploited yet to make galley mast. We can recognise it with its fir cones. .

This is a very valued plant essentially used for cooking – meats and sauce-. A herb tea with this plant has digestives properties. Very sweet-smelling, its smell can be very spicy or very close from the citronella’s one. You have to cut it with scissors and never root up in any way! 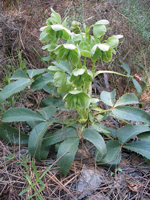 Even if it is a toxic plant, it was known before for its popular medicinal properties with its big and beautiful white leafs. In the past, the Nocca leafs were used to conserve and protect the cheeses. We can find it around the fountains in plenty. It is the first to flourish during the winter.