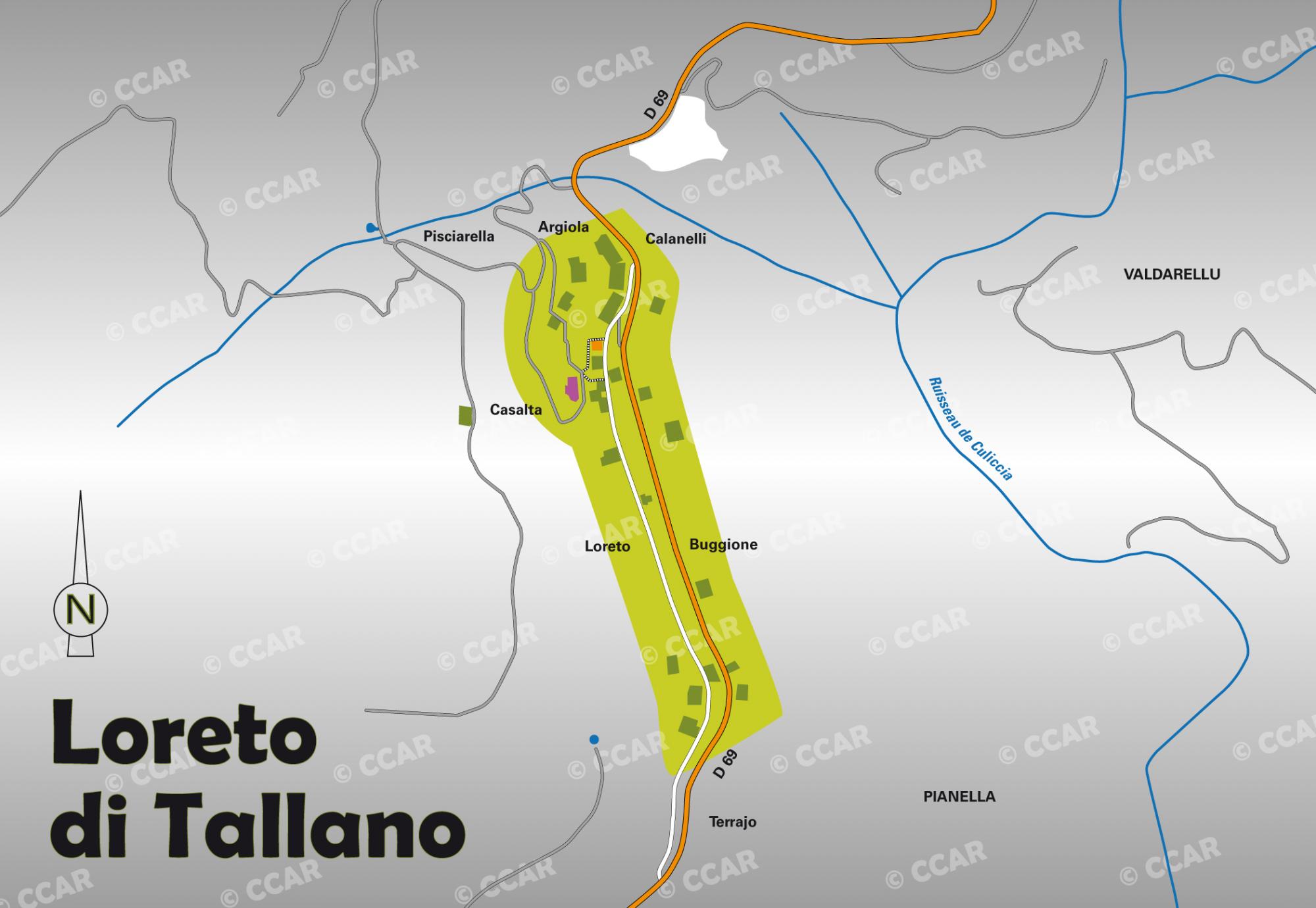 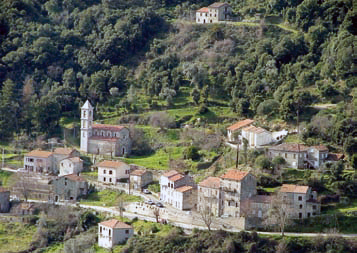 Constituting the occidental part of the pieve of Tallano, this little municipality is peopled with about sixty inhabitants and is established on a territory of 7 km² (7km² = 2.7027mi²). This territory stretches on 6 km (6km = 3mi 1281.7yd) between the right side of the Rizzanese River  and the slopes of the little mountains which demarcate the Tallanais and the basin of Baracci corresponding to the old pieve of Viggiani called little Alta Rocca too. At the centre of the municipality, the place called Muratu seems to be a Roman site.
Further in the north, at the top of the small valley of Giaga, near to the municipal limit with Fozzano there was a village called Altanaggia protected by a castle. Built at the top of Punta d’Arghjia Vecchia, this castle was ruined in the 14th century. From the top of its 670m (670m = 2198ft 161⁄64in), this summit offers an interesting panorama on the whole municipality.
Coming from the South, the square named Erbaghjolu extends to the South West near to the hamlet Maddalena. The centre of the agglomeration situated at around 280m high (280m = 918ft 75⁄8in) contains typical houses, the oldest certainly dating from the Middle Ages. Most of the houses are provided with magnificent lintels, elegant porches, vaults and splendid doors.

The parish church of San Petru, built at the beginning of the 20th century is replacing a medieval monument formely located in the middle of the cemetery. Somme of its flagstones were used for the construction of a support wall. Celebrated the 29th, San Petru has a nave supported by 6 stone pillars of 2.5m high (2.5m = 8ft 227⁄64in). Inside, beyond the statue of Saint Pierre, we notice a work of art representing: Simon, André and Jesus speaking to Jacques, Jean and their father Zébédée all on a small boat.
From Loreto, a path permits to go to Tallano. We cross the Rizzanese River by the Bridge of Piombatu constituted of two footbridges supported by a stone pile. At the end of the middle Age, this pile supported a wooden footbridge. In the North East at 300m (300m = 984ft 31⁄32in) of the bridge, was erected the Roman Sanctuary of San Paolo. Further in the North (200m) are the ruins of an old mill, a place called Piana di Mulini.